A New Era in Franco-Iranian Academics

The International Center for Persian Studies (ICPS) at the University of Tehran (UT) teaches the Persian language to 1,500 foreign students every year. ICPS student coordinator Azam Navvabi says, "Before the nuclear deal in 2015, only 65 French students came to ICPS because of visa challenges. Since then, we've had 25 in just one month."

More Iranians are also studying French. The country counts 40,000 students of French and 800 teachers. The French Language Center in Tehran has seen enrollment in its 3-month-long course jump from 900 to 1,200 in just two years. Yet France only ranks ninth among countries with Iranian exchange students.

French Secretary of State for Higher Education and Research Thierry Mandon recently visited Iran. His goal was to promote French universities, boost bilateral cooperation in areas of excellence such as math and medicine and support joint projects on the environment, sustainable development, geology and biodiversity.

The Right Kind of Energy

While Franco-Iranian academic relations were never put on ice, the Iran deal has clearly been a game changer. Signed by the U.S., Russia, China, the U.K., Germany, France and the E.U., it will limit Iranian nuclear activities for at least ten years in exchange for the repeal of sanctions.

As a result, "there has been a clear increase in French interest. More professors are organizing conferences and more groups are coming to Iran," says UT assistant professor Esfandiar Esfandi. Exchange programs are also growing.

French and European businesses with their eye on the Iranian market value students who know both countries. Shahid Beheshti University (SBU), a member of the Francophone University Association (AUF), recently launched a French-language business law program. The idea is to train Iranian lawyers to work with French companies in Iran. As Jamel Oubéchou, cultural advisor at the French embassy in Iran, explains, "Iran needs people with experience with international groups."

The only hitch for these projects now is funding. Armel de La Bourdonnaye, director of École des Ponts ParisTech, notes, "We're waiting for the French government to invest. They understand the advantage of strengthening Iranian relations. We can't let France get behind." Other European countries like Germany are also poised to make their mark. 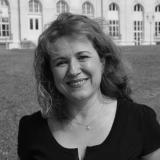