Accueil  /  Actualité  /  Coloring Outside the Lines with Comic Books

Coloring Outside the Lines with Comic Books

Natacha Lefauconnier, Translated by Nina Fink
Publié le 10.11.2017 à 17H00
Educational comic books are on the rise in France. However, they’re still struggling to find their place in school curricula. In October, French ministers, educators and researchers met in Angoulême to reflect on ways to train secondary and higher education teachers to take full advantage of this unique resource.

This October, a conference was held on the role of comic books in education. The French Ministers of Culture and of National Education spoke of the government's desire to "reconcile the arts and education" and to get young people interested in making art and in reading. Yet the 9th art's poor reputation persists.

The number of educational comic books in France has reached nearly 600 per year, or 10% of annual production, not counting literary adaptations. However, the growing trend owes more to "publishers than to the national education system", remarks Didier Quella-Guyot, founder of the comic book database for teachers, l@bd.

No quantitative studies exist on how comic books are used in the classroom in France. However, numerous initiatives are underway, ranging from comic book creator residencies in schools to educational comic book competitions.

Pierre-Laurent Daurès, president of Stimuli, recalls "a physics professor who asked his students to create a comic for their practical work report." Stimuli promotes scientific education through comic books and organizes comic book workshops at Sciences Po and in secondary schools.

Do You Read Me

Though resources abound, do teachers make good use of them? Comic book critic Nicolas Rouvière notes several common mistakes, including paying "partial or no attention to the images" in comparison with the text and "not studying the work itself but rather [comic books] as a mode of expression." Daurès suggests, "It's by making comic books that you truly learn how to read them."

During school residencies, conflicts can arise around expectations when teachers mistake creators for educators. There's also a lack of "certifications for teaching comic books like those that exist for theater and film", explains literature teacher Claire Simon. Rouvière bemoans the cursory coverage of comic books at teacher training schools where they are reduced to examples of either narrative or linguistic tools or literary adaptations. For University of Lille lecturer Sylvain Lesage, it may be too late. "Given universities' terrible financial situation, it's unlikely that new comic book programs will be created." Stay tuned for the next chapter. 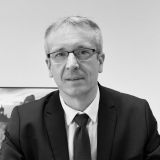