Created by MIT in the 1990s, fab labs give users access to the high-tech and low-tech tools they need to take their ideas from concept to reality in no time at all. MIT's brainchild was an immediate success. To help direct other would-be labs, the school laid out some basic principles in its Fab Charter, including knowledge sharing and open access to the public.

Whatever model the resulting labs have adopted, they all have one thing in common: the desire to build collective intelligence through the cross-pollination of ideas. Often housed in remodeled classrooms, the labs provide users with machines ranging from digitally controlled milling cutters to traditional workbenches. The requisite 3D printer has become their symbol and their star.

MIT's Fab Foundation lists roughly fifty fab lab members in France. The University of Cergy-Pontoise, which opened its FacLab in 2012, is viewed as the pioneer among French universities with fab labs. Co-founder Laurent Ricard explains, "The discussions at the lab are informal and sometimes nutty! It's a place where people can interact and learn by doing without feeling judged."

The labs wouldn't be where they are without the people behind them. Students are at the heart of the labs' success. They staff them and welcome visitors, with the help of dedicated professors. At Centrale Marseille, students are even at the lab's helm. Every year, the incoming class of engineering students takes over the lab, managing everything from the budget to fundraising efforts. Other schools, such as the Bordeaux University Institute of Technology, have instead hired full-time fab managers.

Funding non-profit labs can be a tricky business, especially for state schools. However, for Pascal Brouaye, Chairman of the private Léonard de Vinci group, investing around €200 thousand in a fab lab was a strategic choice. "There is a clear return on investment. The lab gives students' work and skills better visibility. It also enhances the school's reputation." 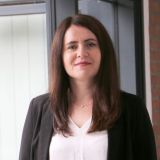