Translated by Nina Fink, Éléonore de Vaumas
Publié le 21.12.2017 à 13H03
This past December 7th, Santa Claus went on trial at the University of Nantes. The event was organized by the student association Les Tribuns as a way to promote the art of public speaking. EducPros takes a look at this truly unique trial.

On December 7th, the 700-seat lecture hall at the University of Nantes’ law school was nearly overflowing. A jolly older man with a long white beard was on trial for elf enslavement and reindeer abuse. Roughly two dozen law students along with two lawyers, Loïc Cabioch and Franck Boëzec, were on hand to conduct the proceedings.

Santa wasn’t the first character to be put on trial by the French Debate Club Federation. Star Wars villain Darth Vader had his day in court in 2015. “We wanted to offer a kind of public speaking competition that would combine theatre and improvisation. The goal was to give law students the chance to practice in a more lighthearted context, ” explains Frédéric Lefèvre, third-year law student and president of Les Tribuns, the student association that co-sponsored the event.

Santa gave a show-stopping performance. The highly convincing witnesses ranged from elfin victims Lulu and Robin to an angry Elf Liberation Front activist and a very concerned reindeer groom. There was even an inspector from the North Pole Investigation Bureau. Lawyer Loïc Cabioch was more than happy to support the event. He notes, “While the initiative is fun above all, it also serves to show students the reality of the profession. We spend most of our time arguing cases in court. The sooner they see that, the better they will be to adapt to the courtroom environment in real life.”

The Sentencing of Santa

Judging from the rounds of applause, the event was a big success. The legal jousting lasted over two hours and the prosecution grilled Father Christmas on matters such as his North Pole tax records. Cries of admiration were audible in the audience. Legal apprentice Mathilde observed, “We rarely get to speak in class. I would love to participate in this event in order to practice oral arguments.”

Ultimately, the jury found Santa guilty. However, given the state the audience was in after the sentence was handed down, the court president was forced to revoke the decision and acquit the defendant. It looks like Santa wasn’t so naughty this year after all. 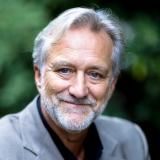