Céline Authemayou, Translated by Nina Fink
Publié le 13.04.2018 à 12H00
From customized classes to career counseling, French schools have begun exploring the black box of artificial intelligence. This means studying both technological advances and their ethical implications. We take a look at the relationship between A.I. and education, the topic of EducPros’ March 29th conference in Sophia-Antipolis.

Many EdTech startups are already tackling A.I. but where do French schools stand? According to Audencia innovation director Valérie Claude-Gaudillat, “A.I. remains very disconnected from our coursework and teaching methods. It’s rarely discussed in the classroom and that is a problem.”

Oudeyer observes, “There’s a paradox in the French educational ecosystem. It’s relatively easy to bring even untested EdTech tools into the classroom. Yet as researchers, when we try to test out technology to see whether the impact on students is positive or negative, certain doors close.”

Inviting data and A.I. into schools raises certain ethical questions. For Qwant deputy CEO Jean-Baptiste Piacentino, “To develop tools that use A.I., you need a massive amount of data. Currently, this data is monopolized by a few big platforms.”

Laval University teaching and learning studies professor Sylvie Barma argues, “We need to shorten the critical distance between digital tools and citizens so they can make educated decisions.” In France, that translates to A.I. trainings at universities and even introducing preschoolers to A.I. so that “none of our citizens will be afraid of machines because fear can lead to terrible things, ” warns Gérard Giraudon, Inria research director. 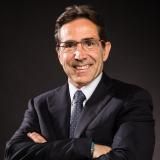