French Universities Give Refugee Students a New Start at School

Translated by Nina Fink, Morgane Taquet
Publié le 23.09.2016 à 10H36
The Migrens association was formed in the fall of 2015 by students at the prestigious École Normale Supérieure (ENS). The group aims to give refugees the chance to start or continue their university studies. Migrens co-founder Laetitia Basselier recently spoke with EducPros regarding the group's French language program in preparation for the September 26th WISE event on refugees and education. 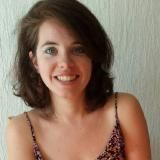 Everything started in the summer of 2015 with the Paris refugee camps. Most of the Migrens co-founders spent time in those camps. We were shocked by our experiences and by the lack of institutional support. We wanted to take action.

We decided to start with our school. In September 2015, we pitched a "guest student" program to the ENS administration. The idea was to support refugees who are stuck in an unbearable waiting game and can't go to school. The program gives them the chance to learn French, be part of student life and build an academic future. The administration gave us the green light and we started in October 2015 with volunteers.

How does the ENS program work?

Every guest student gets eight hours of French class per week taught by ENS students. The program also includes informal activities such as bilingual conversation groups and cultural and sporting events. The guest students get access to the library and the cafeteria so they are really part of the school. We also encourage them to take classes in English and in French, whenever possible.

Do you use selection criteria?

ENS has received many applications – over 50. This proves there is a real gap in the existing services. Selection is a tricky issue for us because we refuse to practice selective immigration. However, we want students to succeed at ENS. So we ask that they have completed at least two years of coursework in a discipline taught at ENS. They also must have plans to continue their studies.

Additionally, our program is open to people who had to stop their studies while they were still in their home country. We do not take students' nationality or their immigration status into account.

How is the program funded?

It is funded by ENS. We provide meal vouchers and school supplies. We are also looking for funding to help students with other needs. For example, even though refugees are entitled to free transportation passes, they often take months to arrive. That said, we are not trying to take over the role of the organizations tasked with providing the transportation passes. 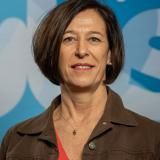