In France, women account for just 22.5% of professors, 19% of research directors and nine university presidencies. Why?

These inequalities are not specific to France. Throughout Europe, I’ve seen parity at the doctoral level but it progressively decreases at higher levels. There are some exceptions in Scandinavia for example. Sweden created a program to groom women for university presidencies that produced results in ten years.

Have you seen any advances get reversed?

You can’t take anything for granted. When I was studying in Berkeley, my thesis director observed that there were fewer women working in laboratories in 1975 than in 1940. There were renowned female painters from the Renaissance through the 18th century but because they had no connections at the male-run museums and galleries, they completely disappeared.

Having a few women in positions of responsibility does not make a big difference. A 2015 study by the consulting firm McKinsey found that at least 35% of leadership roles have to be held by women to change things. That’s the tipping point.

What obstacles do women face?

I’ll sum up the situation in higher education with three metaphors. The leaky pipe means you need many female PhD students to produce one female professor, especially in the sciences. The sticky floor describes how women get stuck in mid-level positions. Lastly, the glass ceiling prevents women from becoming university presidents.

Do we need stronger legal measures?

Not necessarily. There needs to be external social pressure. In Sweden, for example, an association publishes information on all the gender salary gaps. Part of awareness-raising is persuading people that women make equally effective leaders.

The countries that have successfully combatted this problem have taken an exhaustive approach. You can’t reform one institution at a time. You have to work on the legal aspects and the different levers and mechanisms for change at both the government and nonprofit levels. Without comprehensive policies, results will be inconsistent. The recent movement of women speaking out is creating a conducive environment for this broad awareness-raising. 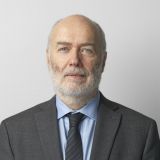