Accueil  /  Actualité  /  Getting to the Bottom of the Top Academic Rankings

Getting to the Bottom of the Top Academic Rankings

Translated by Nina Fink, Aurore Abdoul-Maninroudine
Publié le 15.12.2017 à 00H00
According to Sebastian Stride, founding partner of the higher education consulting firm SIRIS Academic, it's possible for schools to have a virtuous relationship with academic rankings. EducPros spoke with him to find out more.

Have you noticed any country-specific trends regarding the way that rankings figure in school strategy?

No. The more a school studies and analyzes rankings, the worse its performance is. Rankings have become important worldwide. That's why major trends know no borders.

What are these trends?

The best-known international rankings only matter for a handful of schools. The Shanghai Ranking, for example, only lists 500 of the 27,000 higher education institutions worldwide and only covers research-intensive universities. For other universities, focusing on Shanghai's criteria doesn't make much sense.

By creating international competition, are these rankings driving higher education towards homogenization?

I don't think so. However, they compare countries with very different backgrounds and that can cause national models to be questioned. Comparing French engineering schools with their American counterparts, for example, shouldn't necessarily lead France to abandon its model. However, it could generate new ideas.

When schools try to improve their rankings above all else by concentrating on just one factor, they generally fail.

How do you create a virtuous relationship with rankings?

When schools try to improve their rankings above all else by concentrating on just one factor, they generally fail. The choices they make should align with their vision, mission and culture.

What are some measures that have had a larger-than-expected impact?

About 15 years ago, Chinese universities tried to improve their visibility by publishing more. This led to an increase in poor-quality articles in publications specifically created for that purpose. Recently, some of those universities have begun prioritizing impact over quantity.

Since the Financial Times business school ranking looks at the 12 most prestigious publications, many schools started giving bonuses to academics for work published there. In some instances, this encouraged them to deprioritize teaching.

The focus has turned away from applied research because theoretical research publications are more highly valued. Is that what we want for business schools? Is it possible to survive without a high ranking? These are questions worth asking. 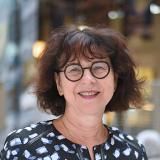