Growing Pains and Promise on the French EdTech Market

The first economic assessment of the French EdTech industry comes at a time of rapid growth. Among the contributing factors are large-scale fundraising efforts in 2018 by players such as OpenClassrooms and Klaxoon and the founding of dedicated investment funds such as Educapital and Brighteye Ventures.

2017 saw the emergence of a French EdTech Observatory, an EducPros partner, and EdTech France, an industry association. The growth dynamic is also reflected by new regional clusters such as Bordeaux’s EducAzur or Lyon’s EM EdTech accelerator.

Yet why should an industry that serves 13 million students and 880 thousand teachers lack in economic heft relative to other tech sectors? The study’s authors cite infrastructure and support issues within schools, which may discourage teachers from using the technology, the complexity of the public procurement process and the lack of access to funding for digital tools in schools.

"The French EdTech landscape is made up of a small, often dominant group of insiders and new players whose profits remain modest," notes the study. To accelerate their growth, French EdTech companies have turned to the continuing education and international markets. The recently named director of digital education at the Ministry of National Education, Jean-Marc Merriaux, points out an additional difficulty, explaining that in France, "it’s never the end user who pays. However, the web economy doesn’t work like that, with no links to the end user. It’s a very complicated market to tackle."

Benjamin Viaud, EdTech France president and founder of Beneylu, an educational resource platform for elementary schools, calls not for "money from the [education] ministry, but rather, clear regulations. Teachers need to know whether or not they have the right to use certain platforms in their classes. School inspectors in the field have no idea!"

The Ministry of National Education seems to have gotten the message. At the start of the upcoming school year, the ministry will publish a document outlining best practices for teaching with EdTech tools. 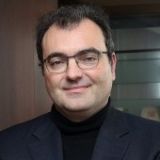