Céline Authemayou, Translated by Nina Fink
Publié le 31.03.2017 à 15H43
At the University of Bordeaux, students are engineering the school’s digital transformation through its innovation competition, Hacke ta fac. At the inaugural edition in January, nine student groups won prizes for projects set to launch by the year’s end.

The nine prize-winning projects from Hacke ta fac, the University of Bordeaux's new innovation competition, range from an interactive facade for screening announcements and Tetris games to a mobile student service platform and a student package delivery system. The competition fosters initiative taking and creativity by involving students in their school's digital transformation.

Competition coordinator Antoine Blanchard commented, "We expected to get a lot of proposals from IT students but the candidates' backgrounds actually varied widely." Both undergraduate and graduate students in departments such as law, economics, sociology and mechanics came forth. The 24 submissions sought to use digital tools to improve campus life and fell into eight categories, including accessibility, learning, community, culture and events.

The jury, which included university board members, announced the nine winners on March 10th. For Blanchard, it was important that the jury be able to "evaluate innovations with an eye to the university's transformation strategy." Each winning group received a €10 thousand award that will enable them to hire outside help, for example, to develop their applications.

Students will also receive yearlong support from resource people at the university, thereby spreading innovation throughout the school. As Blanchard explains, students will work with staff from "the IT department, the library and the international office... and will become change agents themselves, pushing our colleagues to confront new problems."

This year's prize winners have until the end of December to mount their projects. The university already has plans for a 2018 contest. Blanchard notes that certain categories "will change depending on the school's needs. The goal is for projects to align with the school's strategy."

Will other schools follow Bordeaux's lead? The university recently released the competition platform's source code via social media. Academic hacking season is now open to all. 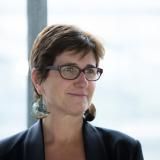