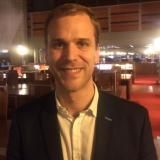 Your new blog Les Surligneurs (The Highlighters) was created to tackle fake news and bring scholars back into the public debate. Are the media and academics too out of touch with each other?

The media is too disconnected from academics, specifically legal scholars, who withdrew from the public arena 30 to 40 years ago in order to develop their discipline. We let communications specialists take over that role and they have no compunctions about making legally incorrect statements.

We believe that bringing legal scholars back into the public debate is important for democracy. The media should consult them. Sometimes there are even legal inaccuracies in fact-checking articles. We are proponents of legal checking.

What is The Highlighters?

It was triggered by Brexit and the U.S. election. If a similar wave of fake news hit France, I wouldn't stay silent. Our site highlights incorrect or unclear statements made by politicians, journalists and other public figures and our contributors respond with syllogistic arguments. The goal is to highlight, rather than correct, inaccuracies. That way, we show that these statements aren't always as clear as they seem, legally speaking.

How do you decide what to highlight?

Until recently, it was up to our contributors. Now we work with several law schools, including USVQ, which is home to my research lab VIP. The law students send us quotes to be highlighted.

Does The Highlighters aim to make research accessible to the public, along the lines of The Conversation?

Yes, however, that site is rarely used by legal scholars. Like many, they are wary of oversimplified armchair discussions. That said, we do want to provide the general public with widely accessible content. To that end, we have a 250-word limit.

Is it your goal to bring greater visibility to your discipline and to research in general?

There are no scientific publications on the site but it certainly has brought unexpected visibility to the University of Versailles Saint-Quentin-en-Yvelines (USVQ) and VIP. It's not a research project itself. Rather, it serves as a bridge between public life and ordinary citizens. 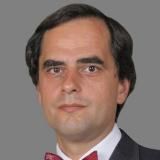