Céline Authemayou, Translated by Nina Fink
Publié le 24.02.2017 à 11H00
In 2016, Maskott's digital learning platform Tactiléo made its big debut in 7,000 French middle schools. Created in 2004 during the CD-ROM era, the French startup has since turned its gaze to digital tools and higher education.

Maskott, with its 2.4 million middle school users, is targeting older students. Now the web editor and content creator works with universities and continuing education programs as well. Thanks to its learning platform, Tactiléo, teachers can create their own courses using Maskott's proprietary resources.

In 2004, biology teacher Pascal Bringer felt inspired to take his classes to the next level. The educational CD-ROMs he dreamt up and shared at his school took off. Since then, Maskott has expanded its offerings to cover all middle and high school subjects.

2013 was a big year. After noticing tablets at several schools, Bringer realized that "no educational content or interface had been designed to work with these new devices. When touch screens hit schools, the issue became how to use them." Thus Tactiléo was born in 2013.

In 2016, Maskott's €2.5 million R&D investment paid off. The company was selected by the French Ministry of Education to create digital content for physics, chemistry, biology and technology classes in grades seven through nine. The resulting courses, created in collaboration with around fifty teachers, are housed on Tactiléo. The project allowed Maskott to showcase its skills as both a content and platform designer. For Bringer, "Winning this kind of contract proves our rigor and gives us an edge when we contact new partners."

Now Maskott is focusing on higher education. Tactiléo Pro, the latest version of Tactiléo, debuted in late 2016. Professors can create content that is accessible offline and offer online polls and exercises. Students don't even need to download an application.

Key Account Manager Romain Gibert recalls, "We wanted to create a highly portable, mobile tool with as few technical constraints as possible. We want students to consume their courses the way they consume their music."

To perfect Tactiléo, Maskott has called on the University of Clermont-Ferrand's cognitive science laboratory. They turned to adaptive learning and artificial intelligence to adapt the tool to learning differences. Bringer explains, "We wanted to take learning customization one step farther. Our sole goal is to help students learn." 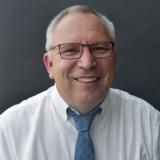