Translated by Nina Fink, Erwin Canard
Publié le 03.03.2017 à 11H32
This Valentine's Day, the University of Paris-Seine academic consortium (Comue) made overtures to several British universities. If there are any matches, Comue, which represents 15 schools in the Paris region, will begin hosting British partner schools on its new Cergy-Pontoise campus starting in 2018.

Whether a boon or a bane, Brexit has shaken up Franco-British university relations. Comue president Anne-Sophie Barthez, notes, "With Brexit, no one can say what will happen to British universities after 2019. They will no longer benefit from European funds so some of them are considering establishing European branches."

The deal would give British universities access to campus facilities and services. Barthez explains, "We imagine them as branches but that's open to discussion. Our only requirement is academic collaboration. This can't simply be a real estate transaction."

Comue has issued a call for ideas, open until July 14th, in order to "understand everyone's expectations in preparation for a call for proposals," says ESSEC dean Jean-Michel Blanquer. "We have defined cooperation methods with an eye to excellence. The rest we will determine together." Blanquer is particularly interested in establishing joint degrees and exchange programs.

The results will be announced on September 14th. The winners of the subsequent call for proposals will be announced in early 2018. Barthez explains, "We would like to identify one to two universities in the coming year in order to start the implementation phase. Things could move very fast after that, especially if our partners choose to use existing buildings because we will have real estate available."

According to The Telegraph, Oxford University and the University of Warwick showed interest in Comue's offer. When later contacted by EducPros, an Oxford representative said the school had received several "constructive and helpful proposals" since the Brexit vote but added, "We are not, however, pursuing the model of a campus overseas."

According to Blanquer, these talks "did not focus on this topic alone and were part of other meetings with other British universities. Even though we sensed some interest, no commitments have been made yet." 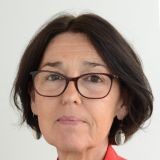