Renater: The French Network of Networks

Translated by Nina Fink, Romain Ledroit
Publié le 09.03.2018 à 14H50
Renater, France’s dedicated Internet service provider for academic and research institutions, is widely used yet few people know about it. On the occasion of Renater’s 25th anniversary, EducPros takes a closer look at the network and its strategic role in research across France.

Renater, the French fiber-optic telecommunications network for technology, education and research, extends throughout the country, reaching as far as France’s overseas departments. All told, Renater links together over 640 French universities and research centers.

As digital practices multiply in the classroom, Renater’s challenge is to maintain network quality throughout France around the clock. For director Patrick Donath, "More and more applications are continuously using the network and that requires additional resources." French universities’ growing distance learning programs use Renater, for example. When the trend hits secondary schools, there will be "several million new users on the network." To keep up, Renater now offers connections at up to 200 gigabytes per second, in comparison with one gigabyte per second on the private market.

Donath recalls, "Renater was created to support large-scale research projects that generated lots of data." With the arrival of microcomputers in the 1980s, French universities began creating networks, each with its own computer protocols and structure. Renater was designed to "connect fragmented networks and find a shared path in the fight over protocols, " notes Valérie Schafer, co-author of a book retracing Renater’s history.

A "network of networks, " Renater emerged "from a glocal approach" in the 1990s. Telecommunications networks in Europe developed, thanks in part to American Internet advances. In France, "universities and research centers wanted to connect their equipment and teams by creating regional networks, " explains Schafer. With support from the French government, Renater was born: a national research network, grounded in a strong learning community and open to the rest of the world.

Renater’s 2018 budget is roughly €30 million, including an €18 million operating grant from the Ministry of Higher Education, Research and Innovation. According to Donath, "The stakes for the future are high: open science, megadata and the globalization of research. Renater is a strategic player in research development." 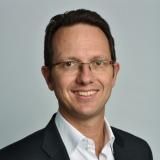