South Africa’s “Fees Must Fall” Movement on the Rise

Sarah Masson, Translated by Nina Fink
Publié le 20.11.2015 à 10H00
After weeks of massive student protests, South African President Jacob Zuma promised to cap university tuition fees for 2016. The Born Free generation, comprised of youth born since the end of apartheid, is holding its leaders accountable for their educational promises. We spoke with Cécile Perrot, Paris-Descartes University professor and South Africa specialist, to learn about the “Fees Must Fall” movement. 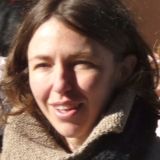 Student debt is high and will grow even higher if the fees increase. Currently, a Bachelor's degree at a top school costs 40,000 rand per year, or 2,700 euros. Given the cost of living, that's astronomical. Receptionists only make 75,000 rand a year. South African youth also face 50% unemployment.

Theoretically, yes. There are even university race quotas to help disadvantaged youth. However, few of them graduate and overall graduation rates are low. Tuition is not the only issue. Poor students receive insufficient primary and secondary education. Many see this as institutional racism. Even today, most teachers are still white.

Is this a new form of apartheid ?

Most of the student protesters were black. That said, most South Africans are black. The problem is one of social, rather than racial, exclusion. South Africa's black upper class did not take part in the protests.

Unlike its sub-Saharan neighbors, South Africa features in international university rankings. Do its schools live up to their reputation ?

While education is strong in South Africa, it is uneven. In 1959, the apartheid-era Extension of University Education Act instituted single-race schools. African tribes were sent to schools in poor, rural areas. Thus a multi-tiered system was born. After apartheid, many blacks fled to elite white universities.

Was the student movement successful ?

President Zuma has promised to cap the 2016 fees. However, the problem will return in 2017. University funding is an explosive issue. Tuition increases are used to compensate for the lack of government funding. Shanghai ranking schools, including Wits University and the University of Cape Town, have complained about these funding shortages.

Students decry larger social and political problems, such as corruption. Some say the movement resembles the French protests of May 1968. South African youth feel abandoned by the anti-apartheid leaders. In its early days, the ANC campaigned on the importance of education. Today, students are holding the government to its word.

Read the articles (in French) 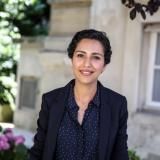