Translated by Nina Fink, Laura Makary
Publié le 23.02.2018 à 10H34
The Republic of Congo and its port city on the Atlantic, Pointe-Noire, have largely oil-based economies. Since 2002, Pointe-Noire has also been home to the UCAC-ICAM Institute, a branch of France’s ICAM School of Engineering that trains young Africans to meet their countries’ industrial needs.

Oil company Total loaned the original facilities and UCAC-ICAM recently unveiled a new campus worth over €4 million. It was funded in part by a loan from the French Development Agency (AFD) and by business partners, including Total.

The UCAC-ICAM Institute was born in 2002 after the Catholic University of Central Africa (UCAC) asked ICAM for help starting an engineering school in the region. Two years later, a second campus opened in Douala, Cameroun. Since then, roughly 600 engineers have graduated.

Two years in Pointe-Noire earn students a technician’s degree and three more in Doula earn them an engineering degree. For ICAM general director Jean-Michel Viot, “The goal is for these young people to work in their countries.” The oil, construction, agri-food, logistics, energy and telecommunications industries all need technicians and engineers.

UCAC-ICAM aims to double its combined student body to reach 1,000. Regarding admissions, Viot notes, “It’s hard to verify the quality of applications here so we decided to hold an entrance exam.” Every year, 400 applicants from the Republic of Congo, Cameroon, Chad, the CAR and Gabon compete for 60 spots.

The school’s approximately €3,000 tuition is half as expensive as ICAM’s in France. Though that’s a large sum for poor, developing countries, UCAC-ICAM’s deputy director Yolande Moumpala explains, “Our graduates earn starting salaries of around €7,600. Students can also get loans with low-interest rates of around 4% in Africa, thanks to our partnership with the French bank Société Générale.”

One challenge has been explaining the French work-study model, which is new to Africa. Multinationals from French-speaking countries have helped. The internet connection in Pointe-Noire has been another challenge, hence the engineering campus in Cameroon.

UCAC-ICAM was designed to be multicultural. Moumpala observes, “At first, there is some prejudice but students get to know each other quickly. In a few weeks, there’s a real cultural mix.” After its success in Africa and India, ICAM is considering exporting the model to Brazil. 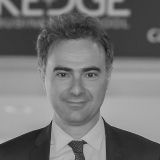