Translated by Nina Fink, Camille Jourdan
Publié le 09.06.2017 à 09H24
At the Ludinam gaming festival, the University of Franche-Comté's School of Sports Sciences (U-Sports) hosted a day of presentations all about zombies on May 26th. The university chose this pop culture topic in order to foster dialogue among academics and the broader public.

Everyone has heard tell of zombies' on-screen conquests. Now, however, they have invaded academia. On May 26th, the University of Franche-Comté's School of Sports Sciences (U-Sports) held a day-long zombie conference at the Ludinam gaming festival.

Experts in geography, neuroscience, philosophy, physiology and literature all took on zombies. The audience learned about topics ranging from walking while decapitated to the zombie perspective on society and the best political system to adopt when faced with the undead.

The conference was the idea of lecturers and zombie fans Audrey Tuaillon Demésy and Sidney Grosprêtre, who cited a paper comparing the spread of epidemics with the zombie invasions seen on shows like The Walking Dead. For their director, Nicolas Tordi, it is "important to support the initiatives of young academics. I trust the seriousness of their approach. To catch people's attention, sometimes you have to shake things up a bit."

For Grosprêtre, the zombies were a pretext to discuss academic subjects. In his presentation, he explained that automated movement is controlled by the spine and not the brain. Therefore, even decapitated zombies could still hypothetically walk.

Bringing the Material to Life

Geography professor Manouk Borzakian already knew about zombies. He spoke about how he uses the invasions featured in films like World War Z to teach spatial organization concepts. Other presenters like biologist Sébastien Causse had to read up on the undead to prepare. Causse discussed situations where humans take on zombie characteristics such as rabies or the cannibalism supposedly caused by the drug flakka. "I learned a lot preparing for the conference. Certain things even reminded me of my field, oncology," he noted.

Yet academia still balks at the idea of using The Night of the Living Dead to discuss research. Cognitive neuroscientist Fabien Perrin used the term "zombie agents" in his post-doctoral dissertation but says he'd never employ it at a purely academic conference. "That said," Perrin notes, "they are a great teaching tool." 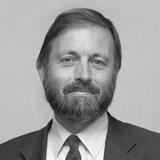