Translated by Nina Fink, Laura Makary
Publié le 03.11.2017 à 11H00
In 2030, the university student population will have increased by nearly 80 million worldwide, with particularly strong growth in Africa and Asia. These statistics were taken from a demographic study carried out by the consulting firm Paxter. Full results will be published in January 2018. EducPros spoke with Paxter founder Pierre Tapie to discuss the study’s key findings.

What are the main conclusions?

Between 2013 and 2030, universities worldwide will see 30% growth as the student population rises from 200 to 280 million. Growth will remain flat in Europe and dip slightly in North America but will rise in South America and increase by over 30% in the Middle East. However, the greatest surges will occur in Asia, with an additional 50 million students, and in Africa, with an additional 22 million students.

Where will there be opportunities for French universities?

There is clearly a market in Africa and Asia for the French grandes écoles in engineering, management and other fields. The same goes for French vocational, technology, law and medical schools. Countries like Egypt and Algeria where universities teach too much theory and graduates struggle to get jobs are good prospects for France.

In Africa and Asia, demand is high for well-trained labor, which means opportunities for vocational schools. France is recognized worldwide for its programs in the hard sciences and its schools' ability to train students to quickly assume management roles. What's more, France offers an excellent quality/price ratio. We are well positioned to export our educational programs.

Which countries offer the greatest opportunities?

The Philippines, India and Pakistan will see their student populations skyrocket. In Algeria and Morocco, demand is high but given the French colonial influence, their higher education systems already have big, free universities. In Africa, the two giants will be Nigeria and Ethiopia, followed by Kenya, Mozambique and Tanzania.

In Anglophone Africa in general, the middle class is willing to pay for their children to get a top-quality education if that guarantees them a job. The French annual tuition of €7,000 is nothing compared to the €30,000 in Australian tuition that they already pay. France has everything it needs to capture market share. 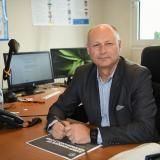