Jessica Gourdon, Translated by Nina Fink
Publié le 04.12.2015 à 10H35
Minerva’s college students have no lecture hall, no gym and no library. What they do have are campuses scattered throughout the world. Since September 2015, this American school has been revolutionizing undergraduate education, one online class at a time.

It is Monday morning and several young people have arrived at an open space facility with a kitchen, standing desks and meeting rooms in downtown San Francisco. This school could pass as a startup.

Minerva has made a strong debut. 11,000 international students applied to the elite yet affordable international Bachelor's degree program. The first group of 111 students began their studies in September 2015. 80% of the class is foreign and one-third is Asian.

In order to prepare tomorrow's leaders for the jobs of the future, Minerva offers an interdisciplinary liberal arts education. The curriculum promotes group projects, creativity, communication and critical thinking. In these flipped classrooms, students complete MOOCs at home and gather in person or in a virtual forum to debate ideas with their professor and roughly a dozen peers.

The key to these classes is the school's proprietary platform. The Active Learning Forum was designed by Minerva's twelve engineers to capture the intimacy of a real classroom. There, conversations can take any form and professors can share quizzes, assignments and media with individuals or with the entire group. Minerva then uses the data to improve the classroom experience.

The Place to Innovate

Minerva's greatest innovation? Its tuition. Whereas elite American colleges charge up to $70,000 per year, Minerva charges $23,000, housing included. Dean Kosslyn explains, "All we have are the dorms we rent throughout the world. The cities are our campus." 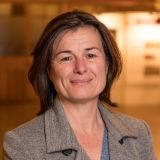