The Uber-ization of Higher Education

Translated by Nina Fink, Marine Miller
Publié le 08.01.2016 à 09H50
Following in the footsteps of the transportation, hotel and restaurant industries, higher education is the next in line to Uber-ize. Looking back on 2015, the much-expected MOOC revolution did not materialize. However, the digital revolution showed no signs of slowing down.

Uber-ization has hit universities. For Thierry Mandon, Secretary of State for Higher Education and Research, "First come the MOOCs. Then come the virtual universities." University of Cergy-Pontoise President François Germinet observes, "In France, people still make MOOCs for fun but soon they will be part of the curriculum."

The New Face of MOOCs

Many expected MOOCs to democratize education in 2015. That never happened. Instead, the MOOC inventors, Harvard, MIT and Stanford, are developing custom MOOCs for companies and fee-based, on-demand MOOCs with certificates for schools.

The Airbnb of Education

"The Uber-ization of higher education will be complete when universities grant diplomas to students who have completed blocks of their education at other schools," says Germinet. Students could use a shared platform to select blocks provided by different universities. "Who will launch the Airbnb of education?" wonders Germinet.

The Staying Power of Schools

Not everyone buys the revolution. According to Matthieu Cisel, EducPros blogger and ENS Cachan Ph.D. student studying MOOCs, "Most students prefer classroom learning. Content will move online but degrees and certificates will stay school specific. These aren't taxis. Universities are a strong, stable institution."

Germinet worries, "The French national diploma system won't protect us forever. The market is very international and very competitive." Yet he believes universities will endure because "while classes can be Uber-ized, that period of life cannot." 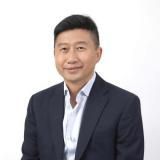