Emmanuel Davidenkoff, Translated by Nina Fink
Publié le 19.12.2014 à 11H07
Coursera is ambitious. The U.S. start-up aims to both improve blended learning through its online courses and meet the growing demand for continuing education. Since its launch in 2012, Coursera has attracted over 10 million students. The professors who teach its nearly 900 MOOCs come from 116 of the most prestigious institutions worldwide. During a visit to France, co-founder Daphne Koller shared her thoughts on the evolution of higher education.

What have you learned since you started Coursera ?

You use peer grading in classes that have dozens, sometimes even hundreds of thousands, of students. Is it as reliable as the grading that’s done by professors ?

No. Highly qualified professors provide students with better feedback than their peers do. However, that is not the issue. The vast majority of people in these courses would never have had access to the kinds of instructors who teach our courses. The comparison is a moot point because these professors cannot personally grade the work of so many students.

Why pay $10 to 50 thousand per year for a U.S. college education when you can access the same knowledge on Coursera for just a few hundred dollars ?

The labor market recognizes college degrees. I don’t think that today’s employers are willing to accept a pile of Coursera certificates in lieu of an undergraduate degree, especially not one from an internationally recognized institution. There is also a maturation aspect to a college education. People in the work force who go back for a Master’s degree often can’t take two years off and leave their families, mortgages and jobs. This is where Coursera has considerable value.

Coursera is free. You only sell optional certificates, which generally cost $49 and confirm course completion. What is your main revenue source ?

Our revenue mainly comes from the certificates. The students who buy them are looking for career advancement, either to re-skill themselves into a new job category or up-skill themselves into a promotion, primarily in business and information technology. As a start-up, we would rather do this one thing well instead of five things not so well. 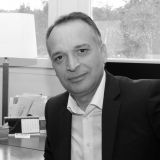