The University of Tours Strives to Serve Its Transgender Students

Translated by Nina Fink, Émilie Weynants
Publié le 06.10.2017 à 11H00
From name changes to restrooms and reissuing diplomas and transcripts, the University of Tours has made tackling transgender discrimination a top priority. The 2017 school year has seen the school roll out multiple initiatives to improve the quality of life of its transgender students.

The University of Tours recently decided to jump-start its fight against transgender discrimination. Transgender psychology student Charly provided some of the motivation. Charly went to see Concetta Pennuto, the school's officer for diversity, equality and disabilities, to raise certain issues caused by the fact that the name Charly did not appear on administrative documents, including those needed to check out books, take exams and access student services. Additionally, Charly's birth name was everywhere, despite the student's desire to keep it private. Pennuto observes, "It was difficult for the students and the staff both."

It would have taken a year to correct the administrative error in the complex, automated IT system and the school's offices. Now, however, students can request that a first name of their choosing be added to their student card and receive a letter from the university confirming the change. Pennuto recalls, "We based the measure on the 2015 European gender recognition resolution and the 2016 French name change law."

"We can reissue transcripts and diplomas with the new name once the student has changed it with the government", adds Pennuto, who was recently contacted by a student from the 1990s with one such request. "We support our students after they graduate. In order to get a job or go abroad, their documents need to be consistent."

As of this school year, the university has embraced additional measures such as gender-neutral spelling and restrooms. The plan is to add new, label-free restrooms while keeping the traditional, gender-specific ones. "Everyone should be able to go to the restroom," says Charly.

The initiative has been in the works since July and will go university-wide by the year's end. The school's athletics facilities, which constitute a particularly gendered space, will also adopt the changes. Awareness-raising events will be held throughout the year. Pennuto concludes, "Tours started the project but we didn't do it alone. We met with other universities to discuss these issues and there's been an enthusiastic response everywhere." 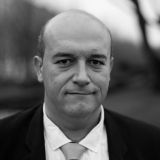